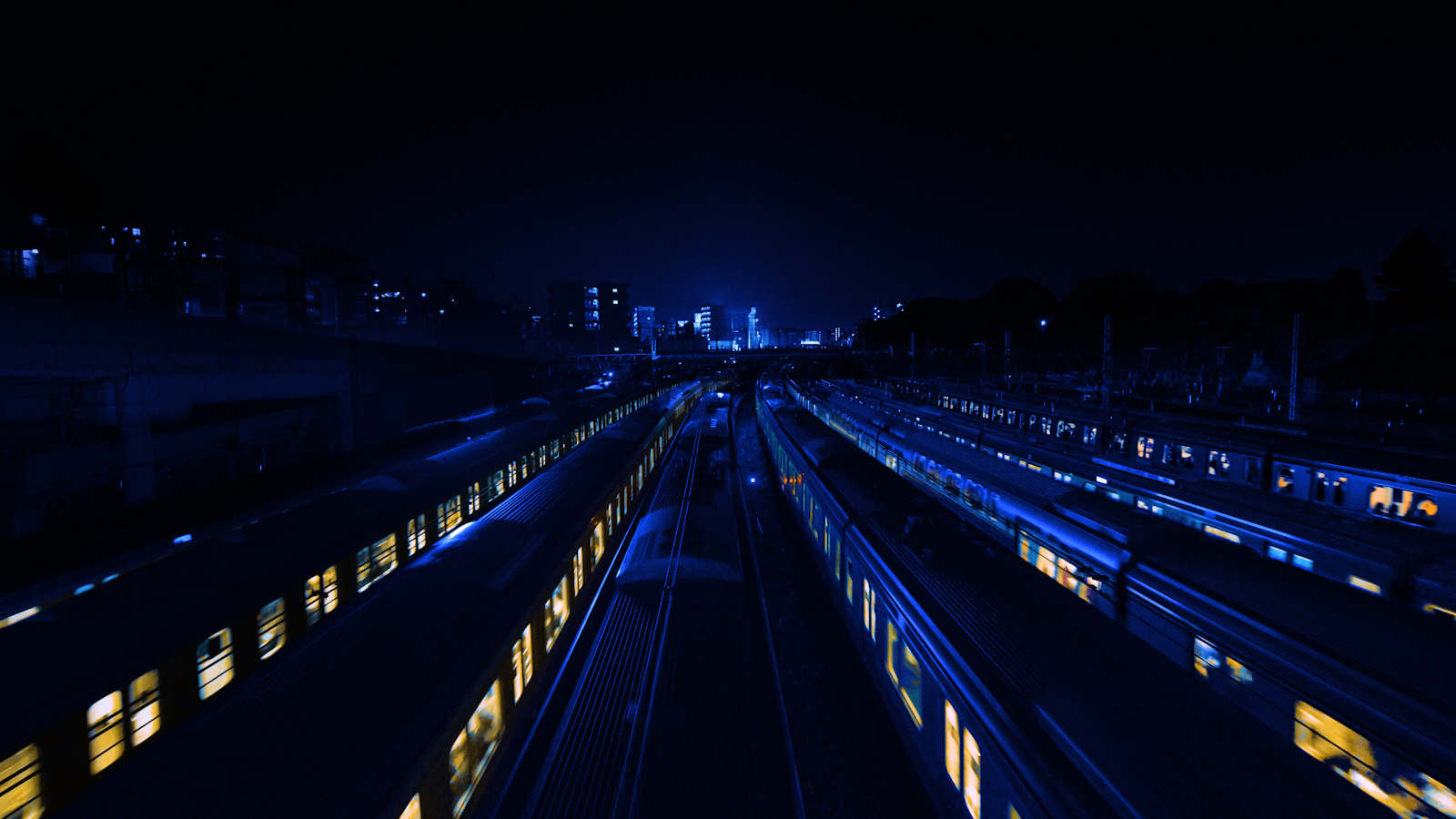 A short film by an artist who uses live filming and employs experimental approaches. Using high-resolution video of a familiar motif for urban dwellers, i.e., light from train windows, this work aims to create an extraordinary feel that deviates from everyday scenes. Cities are made of countless lights, but also contain people’s loneliness, contrary to the brightness of the lights. The film analogically captures such ways of life as the changing light from train windows. With Ayako TANIGUCHI’s music combining minimalistic and mechanical elements, trains carrying passengers pass by at night, displaying a wide variety of crossing patterns. Defamiliarization of sceneries—such as changing the distance between trains running in parallel and their three-dimensional movements—visualizes invisible energy and makes the reality seem unreal, resulting in updating the déjà vu feeling in our memories. The artist seeks a brightly shining vitality among the many small lights from the train windows.

Ordinary days come to life like twinkling stars in this beautiful work. The light from the train windows resembles a comet, making full use of the cityscape that passes by. This is one of the simplest works using ordinary light as a motif, and intermittent sounds of life can almost be heard. The light moves to the right or left, and from the other side to this side, mesmerizing the viewers. Among the beautiful visual compositions, the last scene is particularly inspirational, where the small windows overlap as if blinking and melt into the darkness. The film gives life to something inorganic. His works often film ordinary places from a slightly different perspective, capturing invisible things. He is a talented artist who skillfully fuses the real with the fantasy. It was this work that I liked the most in the judging and selection of video and audio works this time. (MORIMOTO Chie)