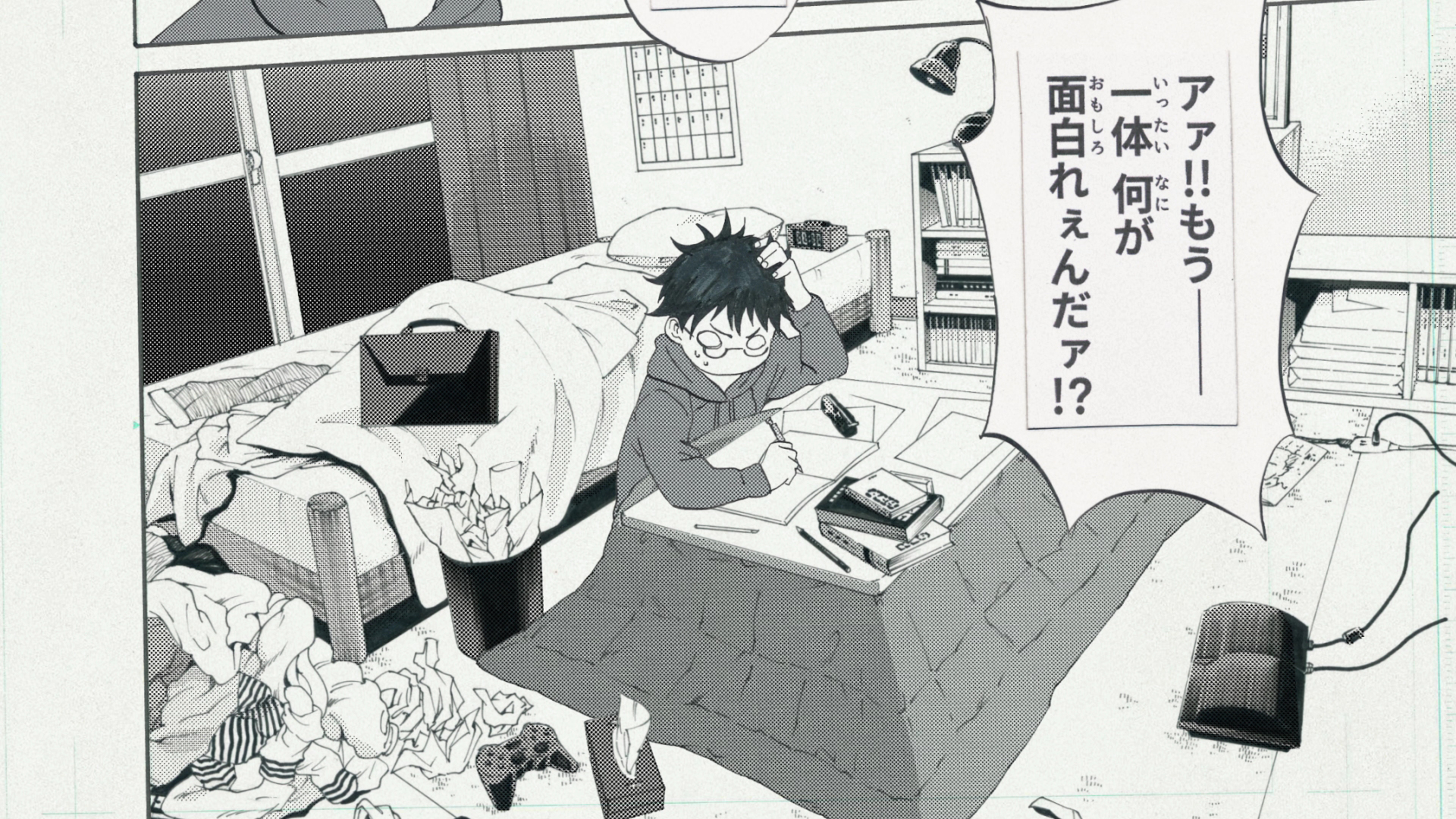 A Japanese Boy Who Draws

An animated short film that depicts, through experimental methods, the first half of the life of a man who aspires to be a manga artist. The central character, Shinji, is a boy who loves to draw. In elementary school, he encounters Masaru, a strange young boy who also loves drawing, but who draws only masked wrestlers. The two become friends. As they progress through their elementary school grades, however, they gradually grow apart. Years later, Shinji still remains true to his dream of becoming a manga artist, and goes on to study art at the university. When his work is selected for a Best Young Artist Award, he decides to move to Tokyo and soon gets his first breakthrough. What awaits him there, though, is something completely different from the manga artist’s life that he had imagined. One day, for the first time in years, the 30-year-old Shinji comes across some work of his old friend Masaru, who has remained true to his drawing style. The story is a mockumentary (“mock documentary”), and the narration is interspersed with monologues by Shinji’s mother. As the central character grows, the animation style evolves from juvenile drawings doodled on random pieces of paper to sketches drawn on specialized manga paper, thus visualizing the flow of time.

Inspired by the praise for his skillful drawings, a budding artist draws manga comics, but then one day there comes a sudden realization. There is nothing left that the artist really wants to draw. I believe there are many people who, when confronted with this realization during their childhood, gave up on their dreams. It happened to me. This pain from the past gets carved into images, where the artist’s growth overlaps with his design. For this reason, watching this film turned into a deeply empathetic experience for me. What is truly brilliant about this production is the clever idea to convey, through varying patterns, the upheaval in the delicate emotional state of the central character, as well as the times in which he lives, his cultural background, and the diversity among the students studying various artistic genres at the university. Particularly clever is the way in which the patterns gradually change before the man’s very eyes as his friends “graduate.” This approach skillfully conveys the feeling of his being left behind even as they remain with him, while paradoxically also moving on to a different world at the same time. It was a painful experience to feel the emptiness in the central character—the expressive person—as he transforms into monochrome live action. I spent 20 intense minutes watching this film and the way it conveyed, in such clear and candid fashion, the contrast between those who change and those who do not, giving me the premonition of a kind and welcoming future made possible. (SATO Tatsuo)