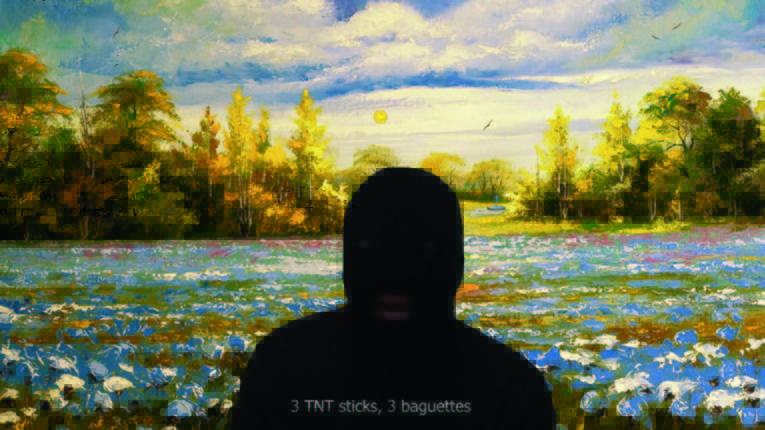 In this film, we learn the “recipe” for a homemade bomb, performed in the manner of a cooking show by a masked man against footage of blooming flowers from Egyptian TV in the 1990s. It is a simple, tongue-in-cheek gesture resembling a filler for a TV program, which is complicated by the action unfolding in the paradisal landscape in the background, and the iconic music of G. ZAMFIR, known from international blockbuster dramas.