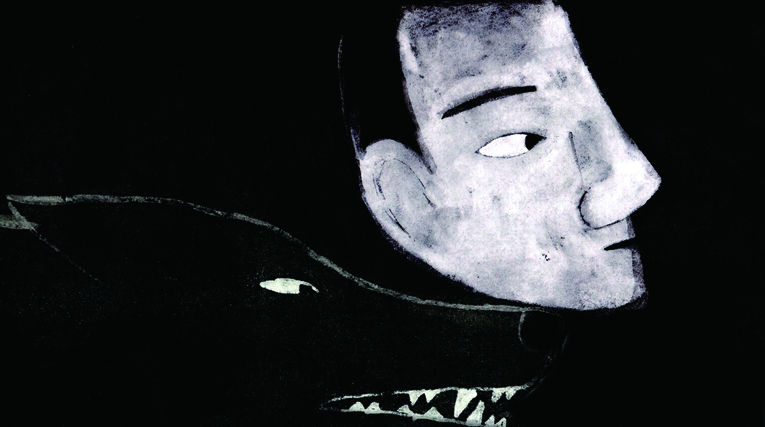 Among the black waves

This animated short is based on an ancient Celtic legend according to which the souls of drowned people turn into seals. One night a number of these souls shed their sealskins and go for a swim in the guise of young women. A fisherman looking on from his hiding place falls in love with one, steals her pelt and hides it so she can’t turn back into a seal. Without her pelt, she becomes his wife and lives as an ordinary human being. Eventually she bears a daughter and the family seems to enjoy a happy life together. Yet there is an air of loneliness about the young woman, and she spends her days staring endlessly at the sea. One day, the daughter happens upon the seal skin that was her mother’s . . . Unaccompanied by dialogue, the distinctive sumi-like brushstrokes of the work eloquently express the heroine’s sorrow and longing for the sea.

I was personally intrigued that despite its thematic similarity to the animated feature Song of the Sea (Tomm MOORE, 2014), and even accounting for their difference in length, this work had an entirely different flavor. The legend on which it is based is found in folklore throughout the world, so one can readily guess the outcome. Elements of the tale will also strike contemporary sensibilities as somewhat absurd. Nonetheless (or perhaps because of that absurdity), the work tugs at the heart with its rendering of the deepest emotions of man and woman, parent and child. The rough-hewn action is powerful, captivating, and beautiful in a 2D-animated way that neither live footage nor 3D computer graphics can simulate. The occasional addition of color to the nearly all-monochrome art is also effective. Finally, the rough texture reminds us that animation is an accumulation of frames drawn by hand, one by one—and nearly every cut here is so beautifully composed that it could stand as a picture on its own. A true masterpiece. (KIFUNE Tokumitsu)