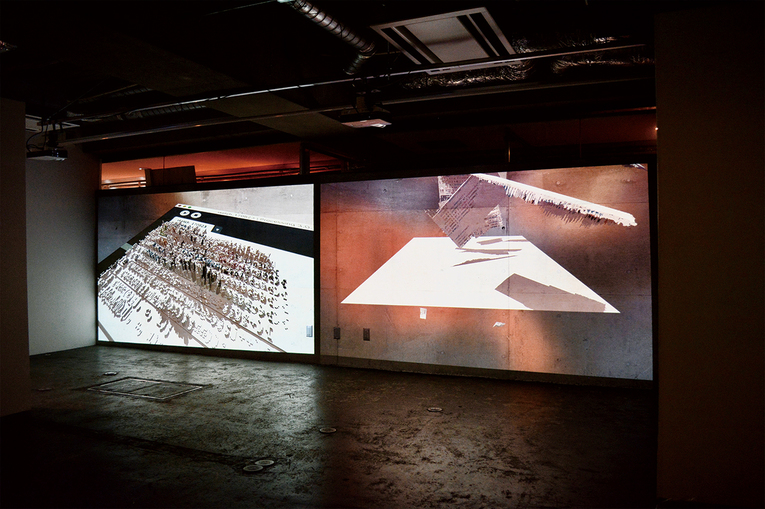 The computer screen is captured with each operation and saved as an image in sequential order. The process of changes in the image data is broken down to visualize it. The screen, which continues to store the act of creation that would normally disappear, is dis- played alongside the typical work screen. By simultaneously displaying the endless copies and deletions carried out, another world that was hidden by GUI is revealed to the world.