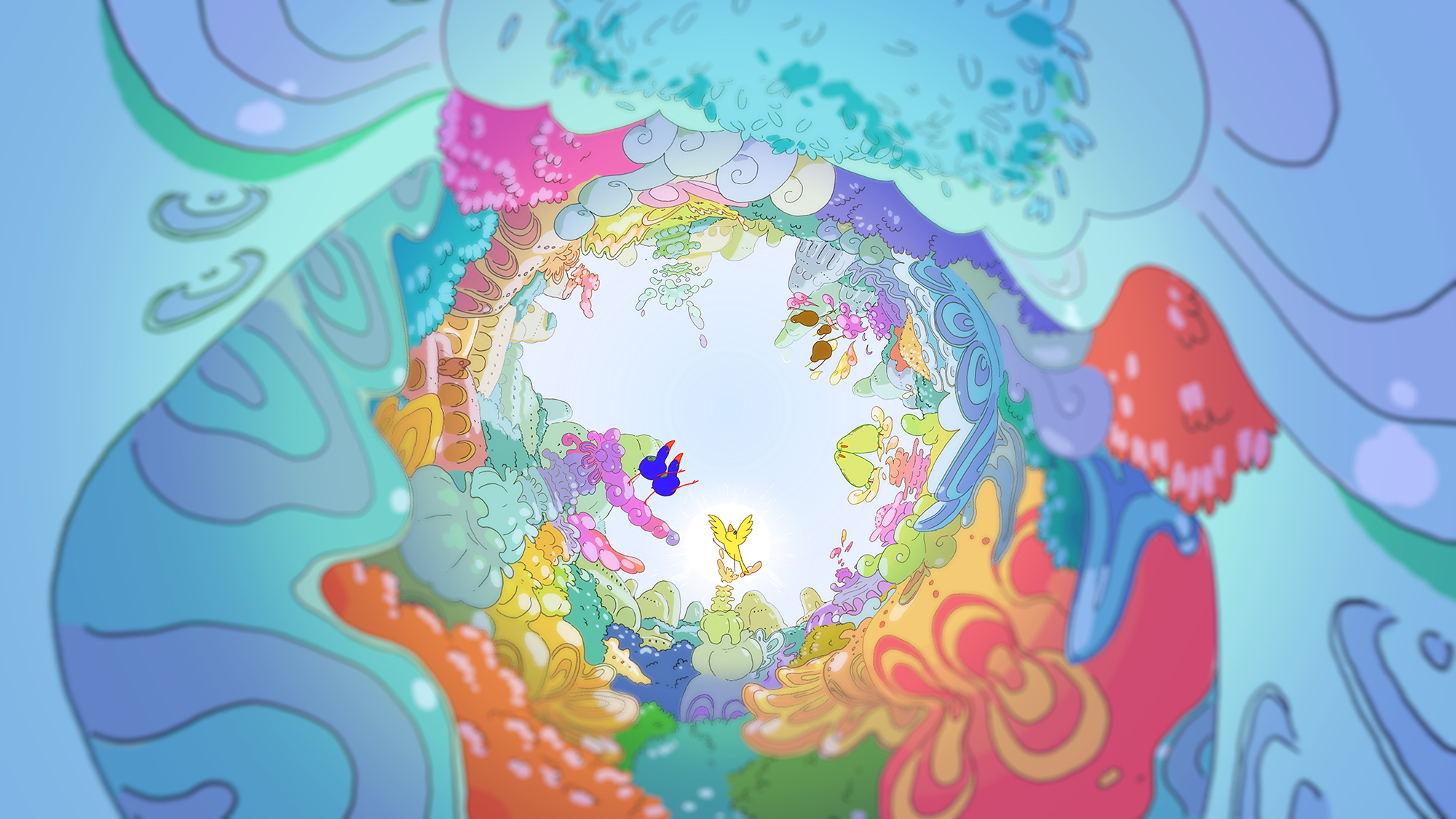 This is a 360-degree hand-drawn VR animation by a student of the Department of Animation of the Graduate School of Film and New Media at Tokyo University of the Arts. It is also a music video for a song with the same title by TOKUMARU Shugo, a musician known for experimental pop music. Spending over half a year, the artist hand drew colorful and elaborate 360-degree animation, under the theme of a canary’s encounter with the world. It can be played on VR headsets, fulldome screens, computers, and smartphones, and prompts viewers to immerse themselves in the magnificent worldview in a virtual space utilizing a visual effect and freedom unique to VR. This work aims to redefine the meaning of music videos from viewing to experiencing.

A 360-degree music video that can be enjoyed by moving a smartphone is new, but the award-winner’s illustrations and colors are even more impressive. All around is a lovely world—everything is lovely, including the sky, stars, and birds. Since the careful animation retains a hand drawn touch, this experience-based video is able to lead viewers to a new world without being overpowered by the technology. The lines, colors, and composition are all unique—something that only he can draw. That is why this work deserves the New Face Award. I am truly looking forward to seeing how his style will develop through future encounters. (MORIMOTO Chie)