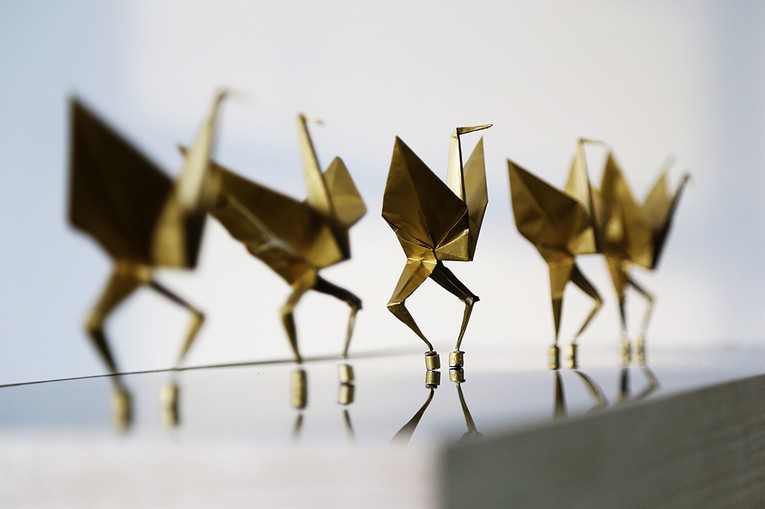 A work that transforms the traditional Japanese culture of origami into “moving origami” using electronics. By pulling on the small magnets affixed to paper cranes’ legs with electromagnets set beneath the stage, movements of the familiar paper cranes are controlled so that they dance in a strange way never seen before. The controlled dance and sound of the footsteps, and the occasional stumbling of the cranes bring laughter to the audience.