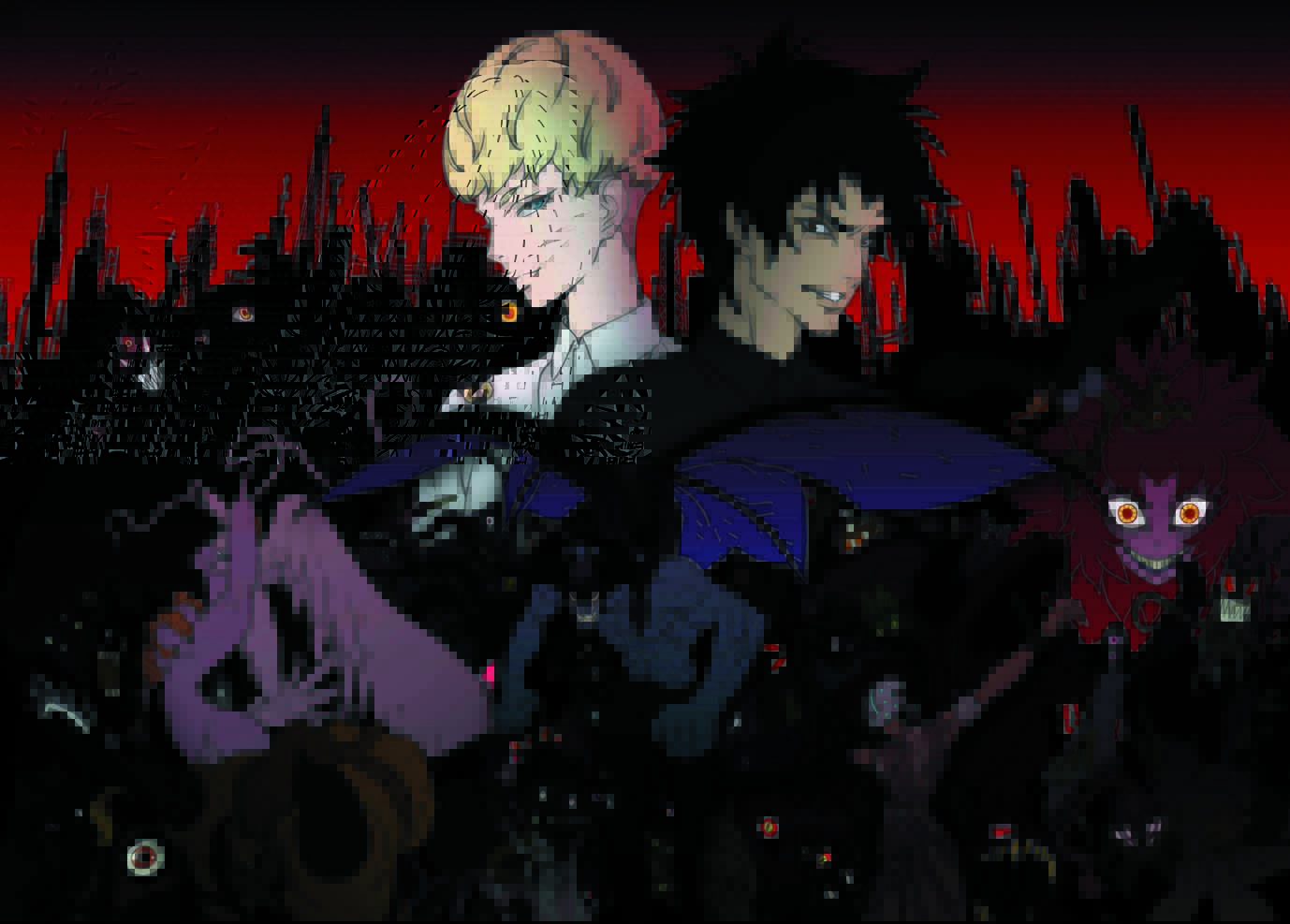 An animated series available on a streaming ser- vice and based on NAGAI Go’s manga Devilman, DEVILMAN crybaby was created to commemo- rate the 50th anniversary of the artist’s debut despite claims that the violent imagery and ex- pansive theme of the manga cannot be animated. The story begins with the reunion of the crybaby high schooler FUDO Akira and his childhood friend ASUKA Ryo. The series is di- rected by YUASA Masaaki.