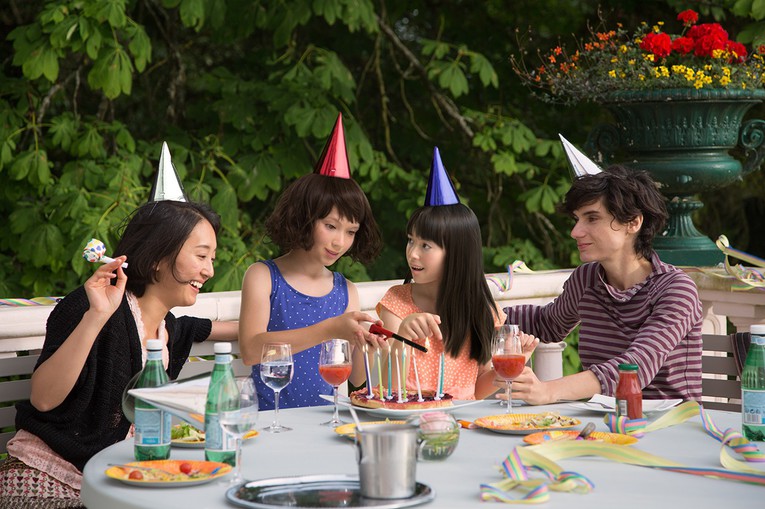 After taking genetic information from an actual same-sex couple to generate DNA data for the children they might have together, the results were used to produce “family photographs”. Though a same-sex couple cannot conceive a child using current technology, it is possible to predict what kind of baby they would have, based on the genetic information. After obtaining the couple’s DNA data from a genetic analysis service called “23andMe” and uploading it to the (Im)possible Baby Simulator, the device generated genetic profiles for their children, including characteristics such as appearance, personality, and susceptibility to illness. With advances in DNA research, having children may no longer be a fantasy for same-sex couples. But even if it becomes technically possible, there are ethical issues that must be addressed before the procedure can actually be used. Who is qualified to decide whether such a procedure is right or wrong? The work also explores how art can provide people with an opportunity to participate in decision-making processes that are related to scientific technology.

This work generated much discussions among the jury members. In addition to dealing with powerful subjects like the ethics of modifying the human genome, and the role of art and love, the artist’s efforts to make a connection to reality and refer to related discourse made it an example of “highly learned”, “politically correct” art. The sensibility the artist brought to the family photographs was a form of banality, and the solution the artist brought to the question of same-sex marriage was not always convincing. This work proved to be extremely appealing when it was showcased on a TV show, and many people, including the personalities on the show, were actually moved to tears, as borne out by their messages on social media. The work made a deep impression on many people as did the work by the individual involved in the recent ghost-writing scandal being famous in Japan. The latter’s stirring work, however, was based on a falsehood. Both are actually very similar, though, as the artist interpreted genetic information based on a scientific report that amounts to little more than fortune-telling – i.e., a fiction. But given that the project, which presents the issue by changing science fiction into art and mixing fact with fiction, affected people on an emotional level, all of the aforementioned aspects that would normally inspire aversion in art instead created something that is deeply worthy of praise. We rate the structure of this work very highly. (NAKAZAWA Hideki)