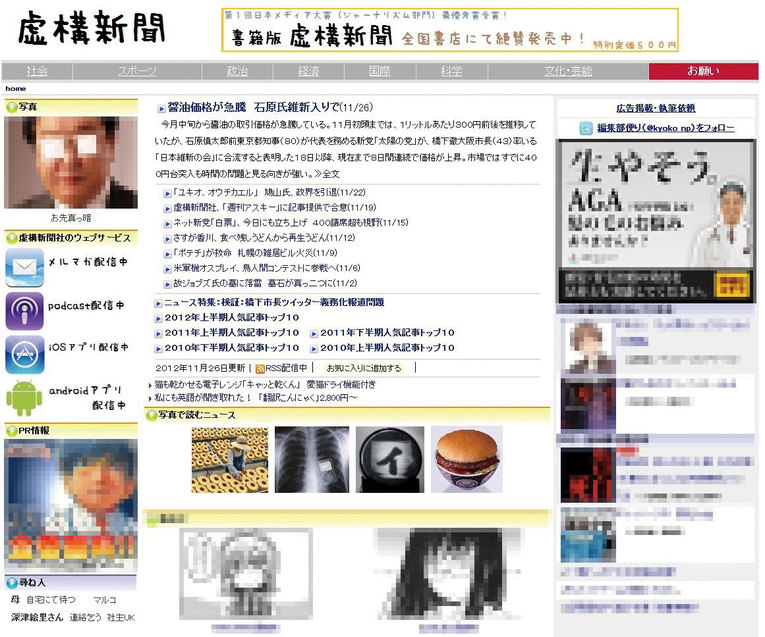 This fake news site publishes false reports on things that seem possible but aren’t actually true. Since it was launched eight years ago, the site has presented some 600 made-up articles. Though most of the content is simply trashy, the satirical element that pops up unexpectedly has attracted a legion of loyal readers.