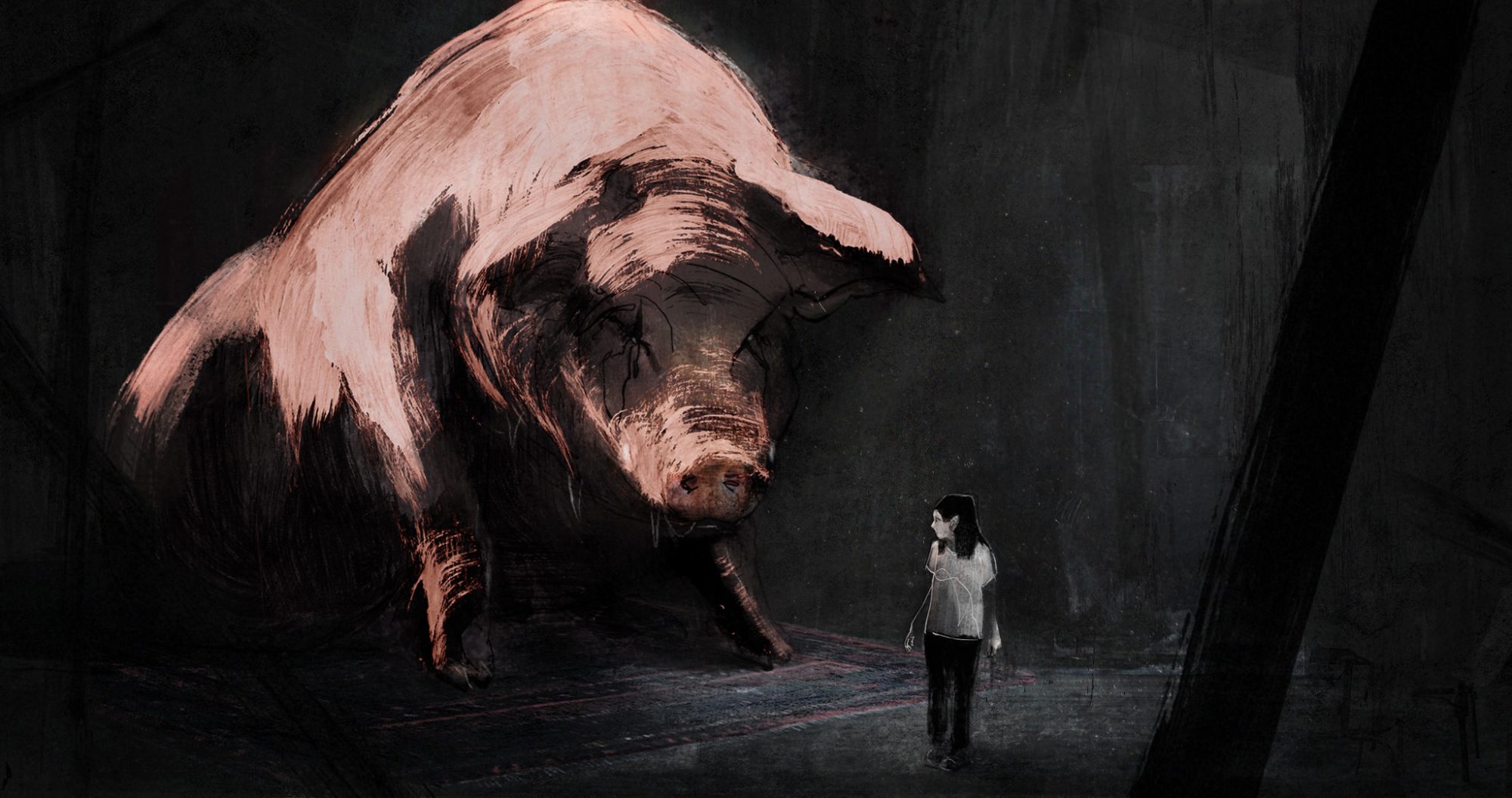 Letter to a Pig

The work depicts a traumatic memory of an older man who is a Holocaust survivor and an inner journey of a young schoolgirl who hears his story. During the war, the man, chased by his enemy, survives by hiding in a pigsty and living with the pigs. He tells the story of his epic experience to students in a present-day school. The girl listens uninterestedly, but when the man begins to read a letter of thanks to the pigs, a pig appears. As the man’s narrative becomes more emotional, the girl gradually enters her inner world. In her imagination, she initially treats a pig as a dirty and horrible thing but, eventually, as the boundary between animals and humans begins to blur, realizes that they are to be cared for. Although the animation is basically simple black-and-white, by adding images of real hands and eyes and the skin color of people and pigs, it expresses the years the person has spent, their emotions, as well as their warmth and dynamism as a living creature.

It is no exaggeration to say that war experience as a theme has a privileged placement in the genre of animated documentary. Nonetheless, there is a danger of oversimplifying and detoxifying irreplaceable individual experiences into mere “tragic stories of the past.” The script structure, which is based on the Holocaust survivor’s narrative, and the visual style that combines real images and drawings, are very similar to that of a documentary film. Yet this film does not allow listeners of the man’s story to remain as bystanders in a safe zone. When the Holocaust victim quits his role as a didactic storyteller, the story’s inquiries become real to the audience. The scenes where the border between human and animal characteristics is shaken up and reversed are thrilling. A pig with human eyes and a person distorted into a pig’s nose (needless to say, pigs symbolize impurity in Judaism) are great examples of the artist’s masterful use of metamorphosis and personification, which are the forte of animation. (GONDO Shunji)