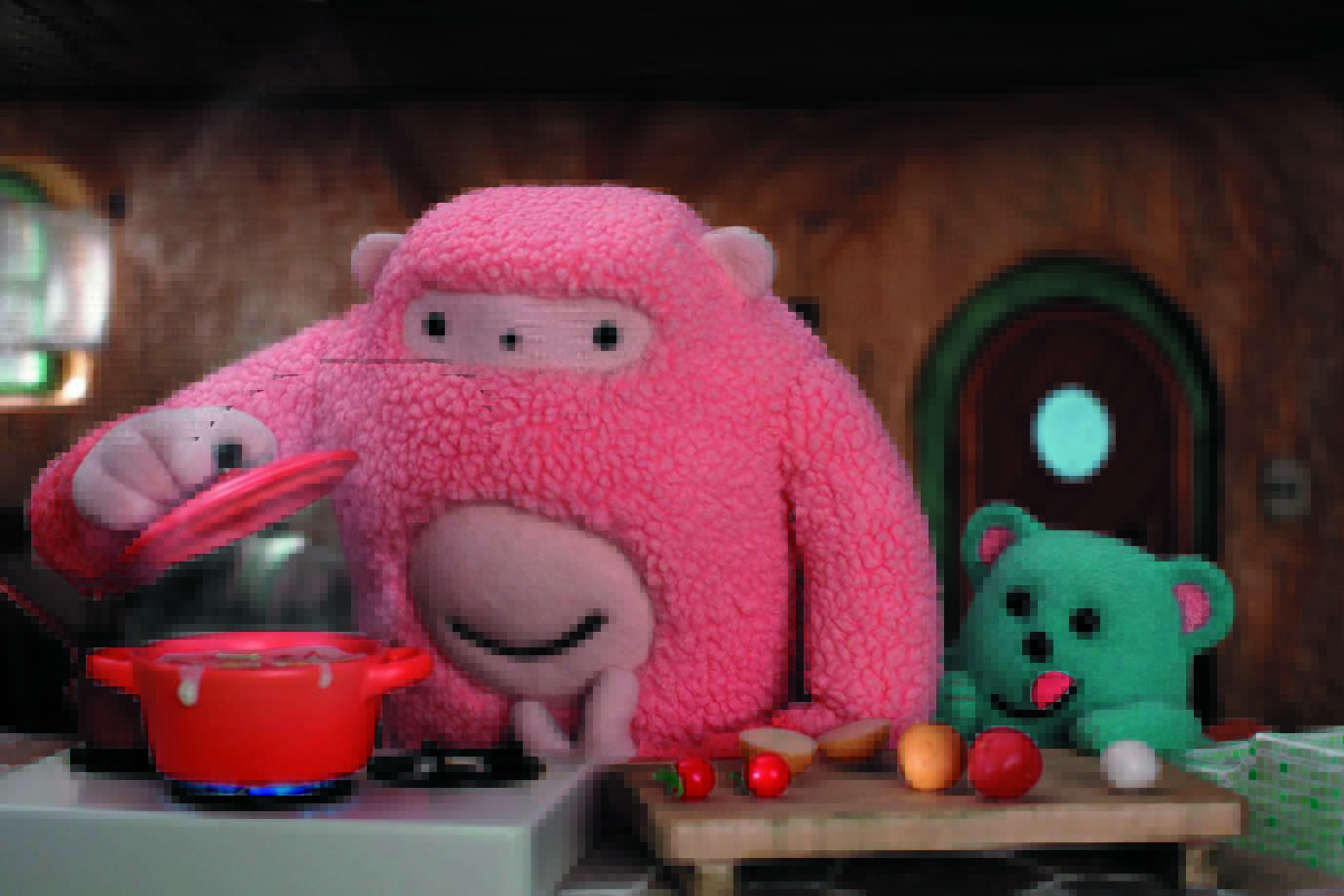 Mogu and Perol is the story of the skillful chef Mogu and the always hungry Perol, who live on Mori-Mori Island. One day, Perol tastes a Brrrr- berry, which leads to an unexpected quarrel between the two friends. Featuring puppets capable of comical movements and intricately- prepared meals, the impressive images in this stop-motion animation created by Studio dwarf were received with critical acclaim at film festi- vals around the world.