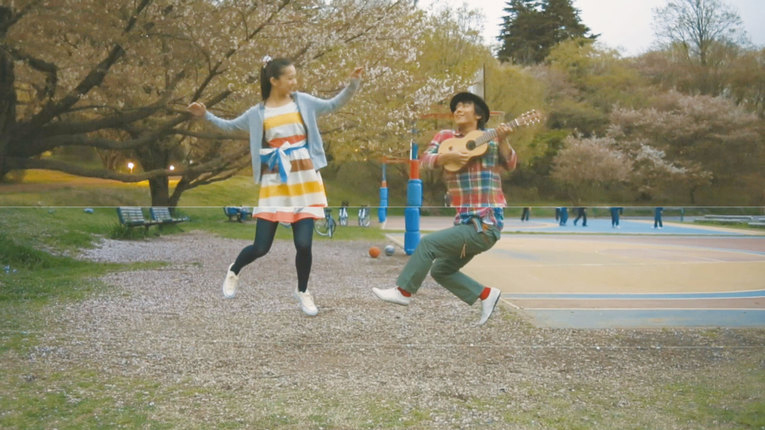 This music video was made for the single “HAJIMEYOU” (Let’s Begin) by NAGANO Ryo. Without relying on wires or synthesis technology, ARAI achieved the acts of levitation in the video through the use of a simple device. The DIY spirit embodied in this notion that it is possible to create fantastic images by one’s own methods is also at the heart of the song. A web-only version that provided viewers with a behind-thescenes look at the filming, allowing comparisons with the finished product, caused a sensation as the two versions came to be seen as parts of a single work.

This is a music video that manages to inspire happiness in the viewer simply by depicting people floating in mid-air. To achieve this illusion it does not employ such typical devices as wires or synthesis technology – just two poles, staffpeople pulling a dolly, and vertical or horizontal wipe transitions. This dedicated use of analog methods astonished the audience with its brilliant simplicity, reminding us of the primitive DIY power that lies at the heart of music videos.