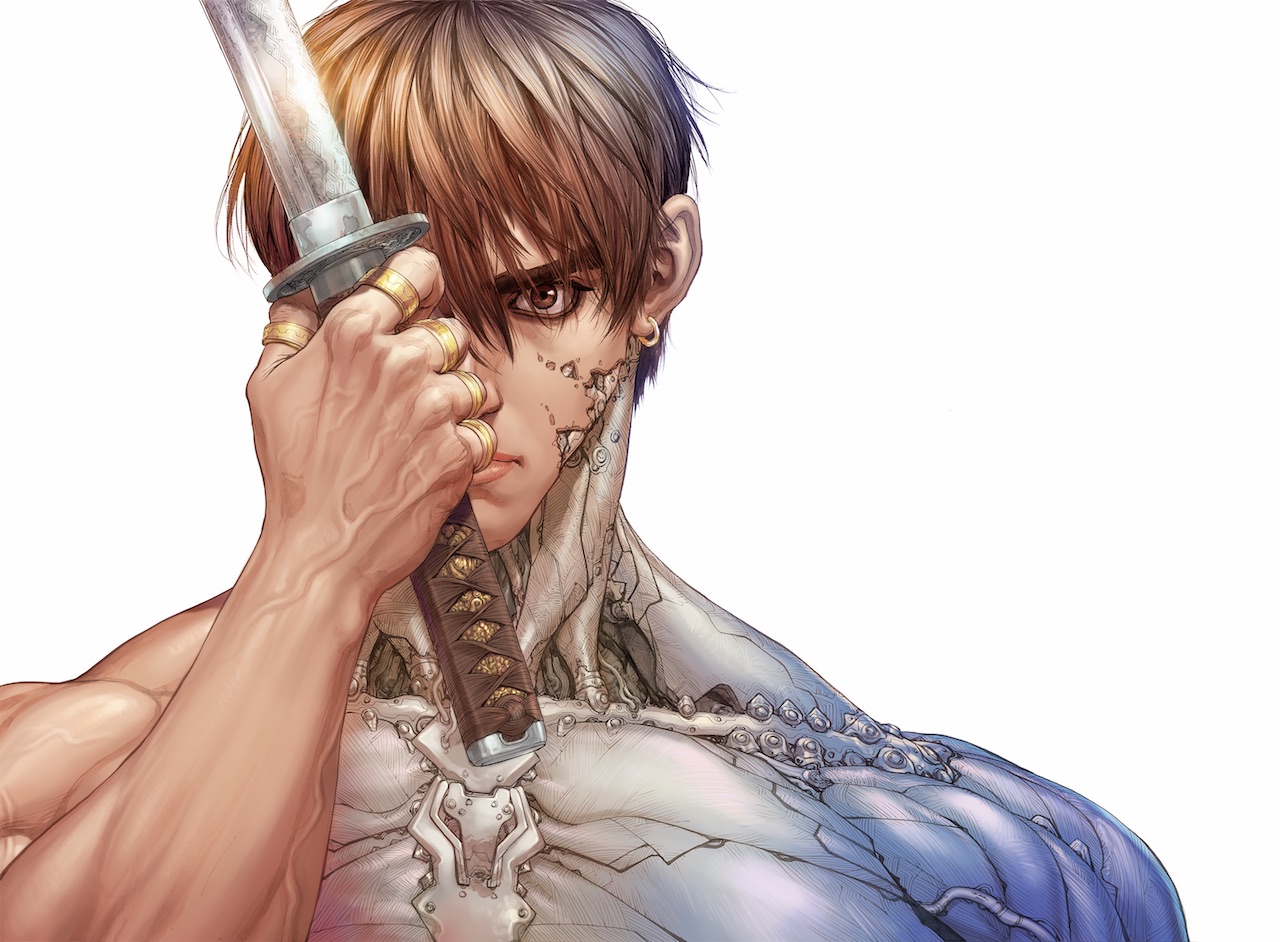 It is 2048 Tokyo, which is now a metropolis of high crime. Every night, murder is committed by humanoid ultrahigh performance AI robots, and they are confronted by Origin, a robot prototype integrated into human society. While working at the international corporation AEE under the name Jin Tanaka, and constantly getting upgrades, he fights his brothers created by a scientist they call “Father.” Origin has no emotions and acts according to his AI programming. The robot leaders that confront him, however, are starting to develop feelings, and they attack him with revenge, which Origin does not understand. He is always rational but hopes to someday have feelings also. This dualism can be seen as an important element that begs the question about the origins and significance of human emotions. Using a Japanese sword of 20-kilogram-plus superalloy tungsten carbide, Origin attacks his enemies and is sometimes demolished physically. His battles are illustrated with exceptional specificity and drawing skills. The sci-fi setting with such detailed drawings and the hard-boiled worldview powerfully engage the reader.

Reason for Award
Firstly, I am blown away by the graphics. Drawn with such precision as if not to miss even the subtlest shadows of an eyelash or furrowed eyebrows, it expresses complicated emotions—or lack thereof—without relying on symbols. We can observe the same creativity as a sci-fi piece here that we saw in the author’s past masterpiece, HOTEL. I am astonished at his ability to accomplish the difficult task of portraying a challenging time setting, 30 years in the future, with such realism, knowledge, and imagination. Moreover, the indescribable humorousness in the parts depicting the characters’ everyday lives, and the contrast between the violent battles and the main character’s lack of emotion are remarkable; they inspired the judges. Some aspects like the grisly battle scenes and the representation of female characters may not be for everyone. But the exceptional quality of this work—created by an artist who chose to leave his home country to work in Japan and put his whole heart into it—has given us a glimpse of what greater possibilities there may be for the genre of manga. (SHIRAI Yumiko)