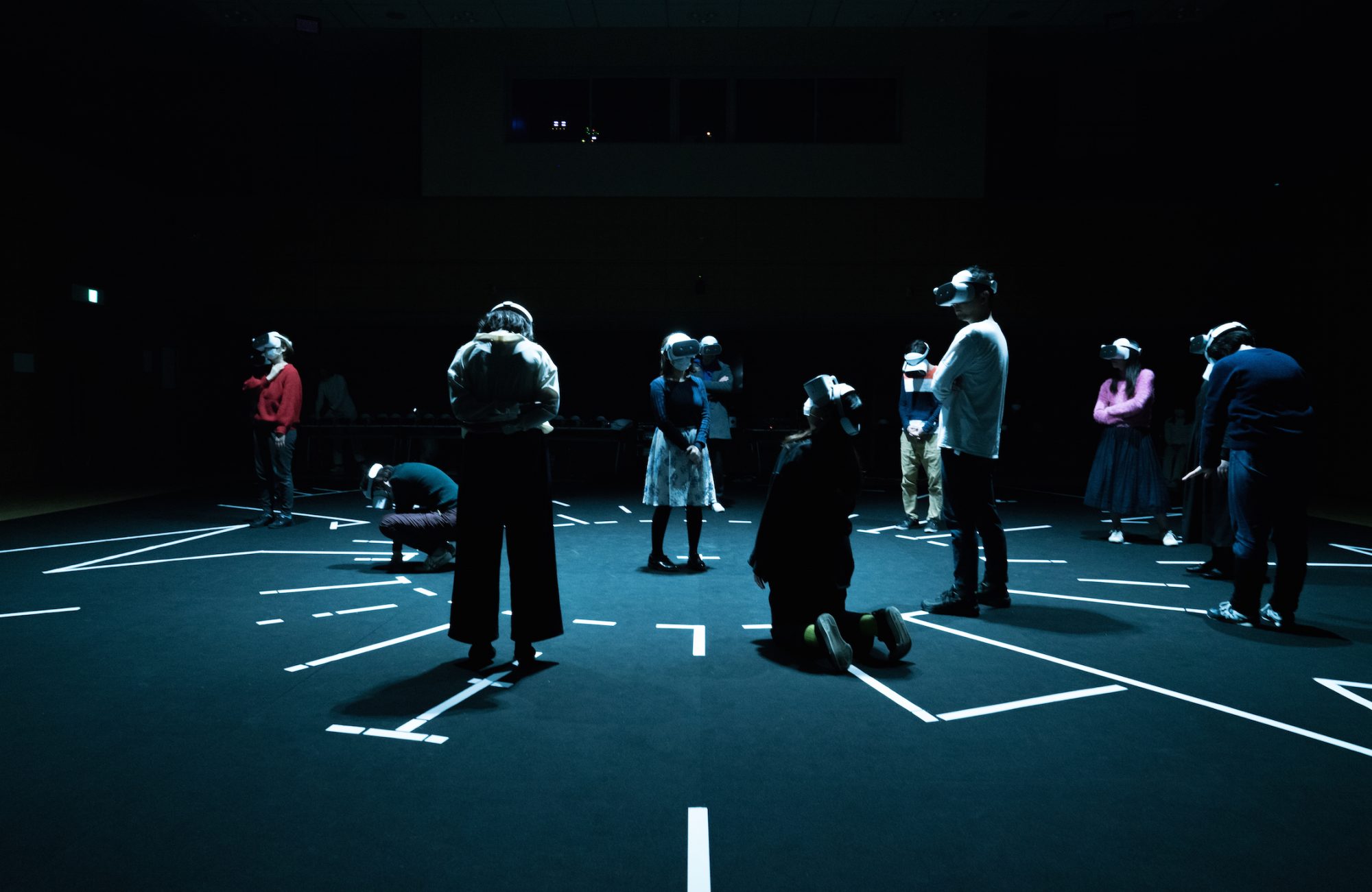 Prometheus was punished with eternal torment for stealing fire (technology) from Zeus and giving it to humans. Based on the Greek tragedy Prometheus Bound, this work develops the tense relationship between technology and human society as an experiential theater play using VR / AR technology. The “modern Prometheus,” struggling between technology and life, was played by MUTO Masatane, an ALS patient who is active in its awareness-raising activities. The technical side was provided by ABAL, an immersive XR company. The audience with a head-mounted display initially experiences an immersive VR / AR, then MUTO’s presence is revealed in the latter half, in which the audience sees the person immersed and manipulated in VR / AR from a critical perspective. Focusing on MUTO’s memories, anguish, and future vision, the artist envisions a technology-led utopia and warns about the potential dystopia behind it. This play aims to work on the audience’s body and senses, intermingling them with the perspectives of people with the devastating disease, and uniting them with live feelings.

KOIZUMI is a great contemporary artist. His works are (though misleading it may be) almost terrifying. No scary scenes are depicted, but as I keep observing the mixture of human darkness, grotesqueness, and the core of humanity in the work, I lose a sense of distance between myself and the people depicted. While I feel fulfilled to have seen an amazing work, I also fear that I now might have spatial disorientation. He is a rare artist who can provide such a complex effect. This VR theater play uses different technologies from his usual works, yet it stood out among the entries. Combining inherently-hard-to-unite fields (theater play, VR, and art), this work skillfully depicts human karma, an individual who seeks help within it, and society and future around it. All the jury agreed it is Grand Prize eligible for this year. (HACHIYA Kazuhiko)