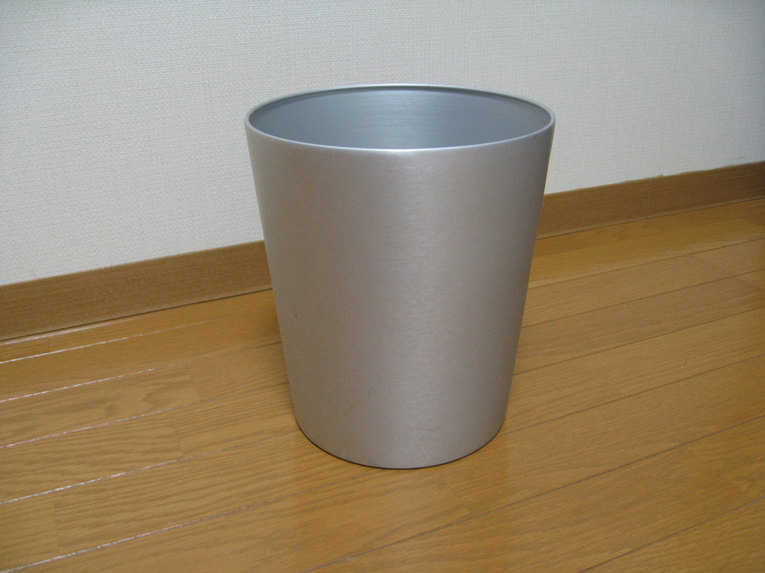 When you toss a piece of trash, the Smart Trashbox a u tomat ically moves and catches it. A sensor attached to the wall detects the trash as it is thrown and predicts where it is going to land. The trashcan receives the information wirelessly, rotates wheels attached to its base, and changes its position to catch the object. The same type of motion-capture sensor used in video games is employed to detect the trash, and its landing place is predicted by calculating its trajectory from the trash position data. The device combines several technologies, including Bluetooth wireless communications, precision control circuitry for the wheels, and an original drive mechanism that is both compact and power ful. Though it appears to be an ordinary trashcan, this device is the waste receptacle of the future.

Creative works that are not restricted to a picture plane have a physical presence that invites evaluation from a variety of perspectives. Gadgets possess their own distinctive presence in the way they continue to sit there even after they’re switched off. In our screening of this work, a trashcan that rushes to the spot where a tossed piece of trash is about to land and gobbles it up, the presentation of the entire creation process, including design and construction, demonstrated the precision of the calculations that went into it – but we still had doubts as to whether the device could really catch trash. As it turned out, though, what counted was not so much operational precision as the pleasure of watching its hit-or-miss efforts. The trashcan itself was a form of entertainment as it dashed around chasing the landing spot. It’s the sort of work that arouses empathy, inspiring you to cheer when it makes a catch, or urge it to keep trying when it misses.