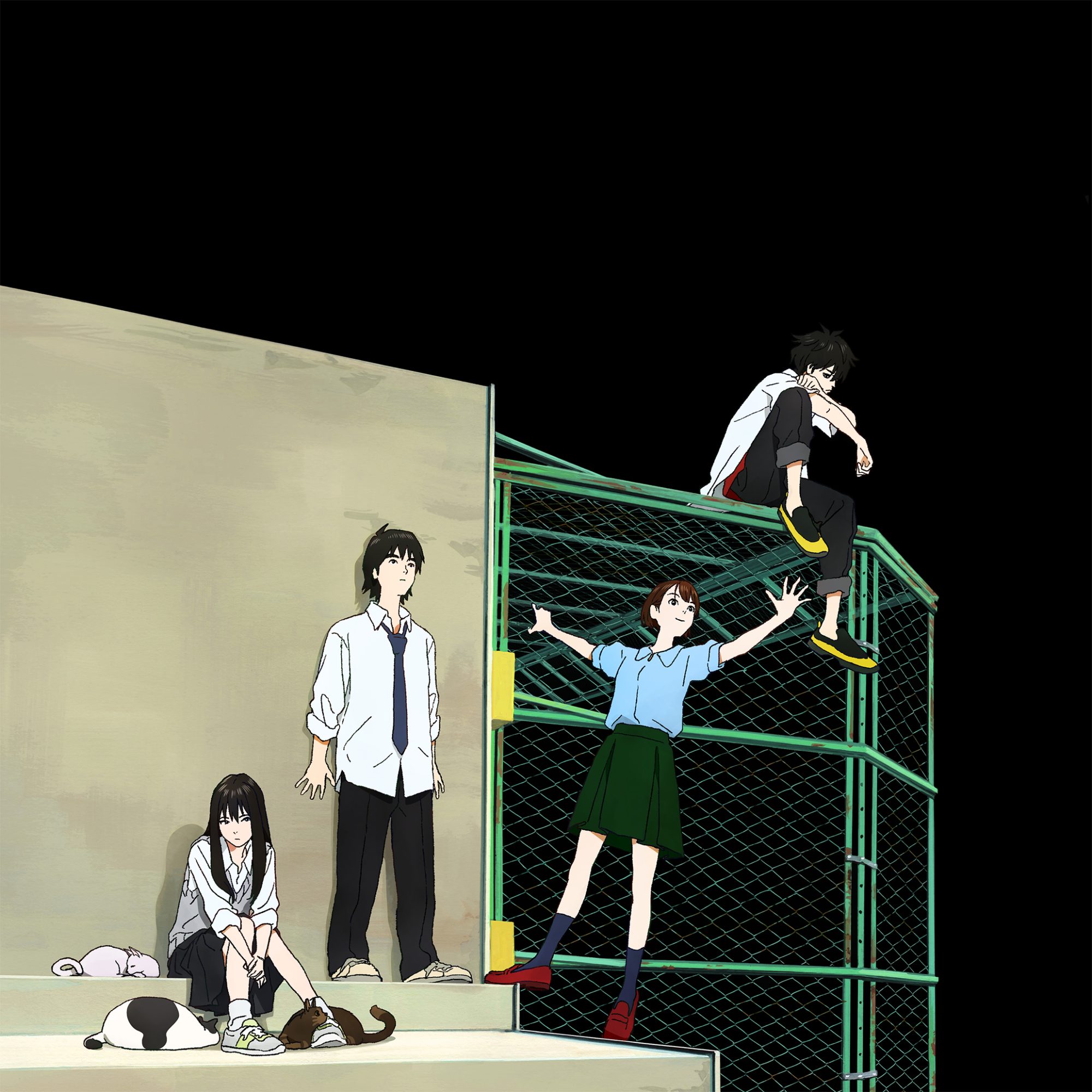 Original animated television series written and directed by NATSUME Shingo. NAGARA and his classmates, who are in the third year of junior high school, suddenly find themselves and their school adrift on an island in another dimension. As soon as they drift away, they acquire special powers. While some use their supernatural powers to act violently, others try to take leadership, and the film depicts the subtleties of human relationships, such as distrust, jealousy, and conflict. The unpredictable storyline, which begins on an island but drifts through various time spaces in the latter half of the film, is sure to draw the viewer’s interest. The hand-drawn background art is a visual departure from recent anime, where photorealistic effects are often created by processing technology. The music direction, which does not use accompaniment music, but inserts a theme song at key scenes in each episode, made the impression of the work even more vivid. Character design was created by manga artist and illustrator EGUCHI Hisashi. Production was handled by MADHOUSE Inc.

In the restricted media of TV animation, the filmmakers took on the challenge of creating very unique images and storytelling and succeeded in creating an unprecedented world. The introduction of the story, in which a group of junior high school students drifts to another world with their entire school, is typical of juvenile science fiction, but this is not an adventure story. Viewers will be surprised by the strange settings and worldviews that appear in every episode and the incidents that occur as a result, but it is clear that these unique episodes were ultimately intended to depict two things: “the rules of the world” and “selecting the world you want to live in.” And in depicting these two themes, it was important to visualize the “relationship between the world and the characters,” and the art, which highlights the brushstrokes subtle yet brimming with a strong presence, matched well with the simple character design and played a very significant role in conveying the aims of the work. This is a perfect example of how the challenge of visual expression and the theme are beautifully intertwined. (FUJITSU Ryota)