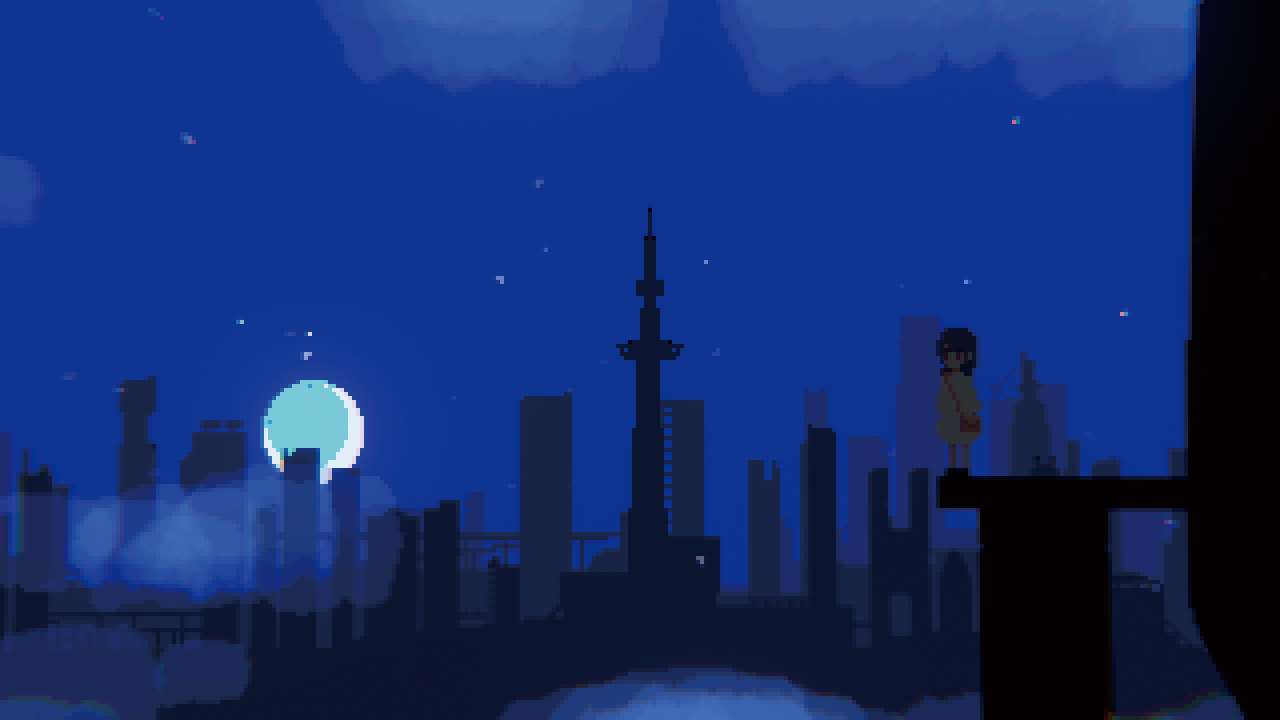 An adventure game in which the player becomes a girl and traces her lost memories. She has the power to read the memories of things she touches, and uses this power to solve mysteries and recover her own memories. The developer spent four years to create this game almost single-handedly. Pixel art is a graphic style that is making a huge comeback on the Internet since the mid-2000s, and Internet generation creators have been actively employing it. Such contemporaneity can be also found in this work. While the game has a characteristic graphic design to form a fantastic worldview, its game balance is also well thought out for a wide range of users, such as the carefully-planned clues for solving the mysteries and the user-friendly interface design.

Many recent indie games use pixel art, and an increasing number of these exploit the visual characteristics to depict sensitive stories. This game may also appear to be one of them, but its level of perfection is exceptional—something that can be only achieved by several years of development all on his own. Its meticulous design and dramatic storytelling give an emotionally charged ending, which was highly rated and resulted in this award. The fantastic and suspenseful story development that combines glitchy visuals with emotional expressions, and the presentation that directs the users’ attention to the background and music are also fully effective. (SAYAWAKA)