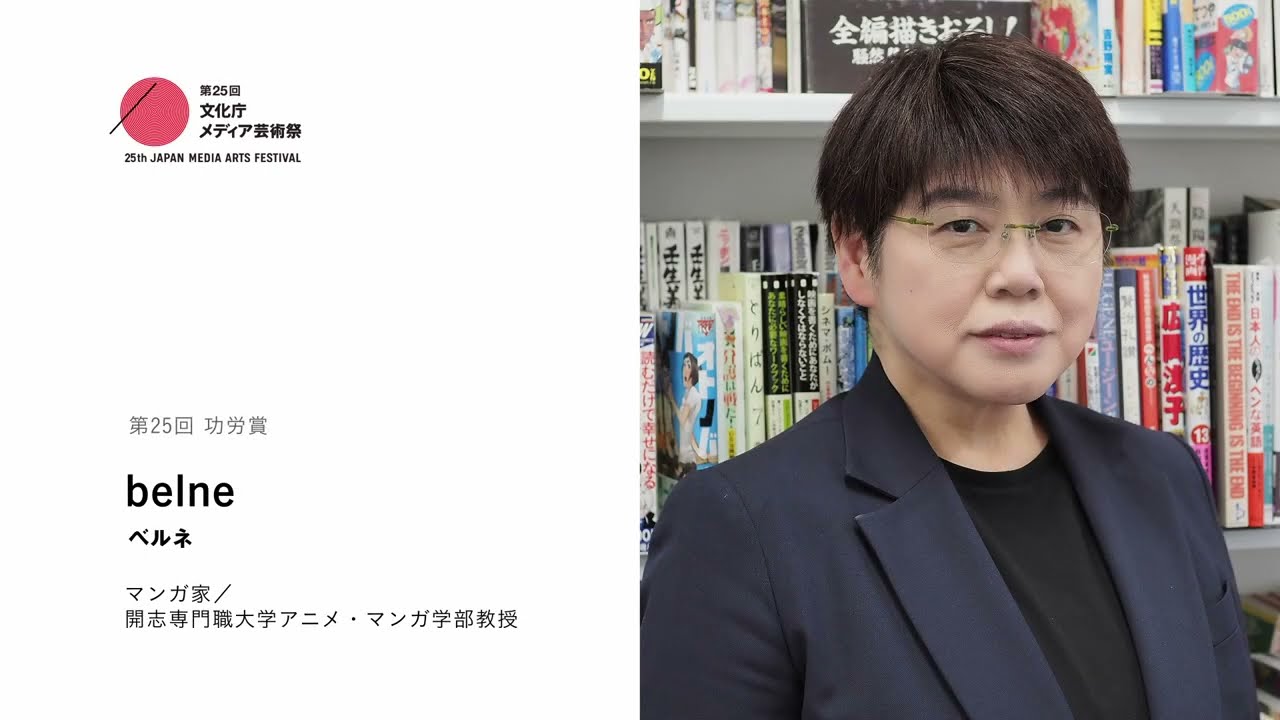 Profile
Born in Tokyo, 1955. In 1976, belne debuted as a professional manga artist in the autumn issue of Akita Publishing Co., Ltd.’s manga magazine, Viva Princess, with the piece titled Seishun shokan (Letters from the Youth). In 1985, her self-published book Ao no otoko (The Man in Blue) was picked up and published by Shinshokan. In the 2000s, Asahi Shimbun Publication Inc.’s manga magazine, Nemuki, ran her serial work Itan bunsho (Heretical Manuscripts). In 2007, she began working with YAMAMOTO Kazuki on the series titled GodHand Teru (2001-11) as the scriptwriter and editorial supervisor under a different pen name, SORASAKI Kanji. In the same year, she began teaching manga art at the Faculty of Manga, Kyoto Seika University. For the next 14 years, she participated in the SEIKA Manga Education and Research Project and co-authored Manga de yomi­toku manga kyoiku (Understanding Manga Education through Manga, Aunsha, 2014) as a project member. She also produced numerous manga exhibitions including NAGAYASU Takumi Exhibition: Kessho held at the COMITIA 104 on May 5, 2013. Since COMITIA 34 in 1995, her comic workshop series has been featured in COMITIA’s Tia’s Magazine. She has been a lecturer of COMITIA’s in-person comic workshop since Niigata COMITIA 1998. Since April 2021, she has been a professor at the Faculty of Animation and Manga Arts at Kaishi Professional University.