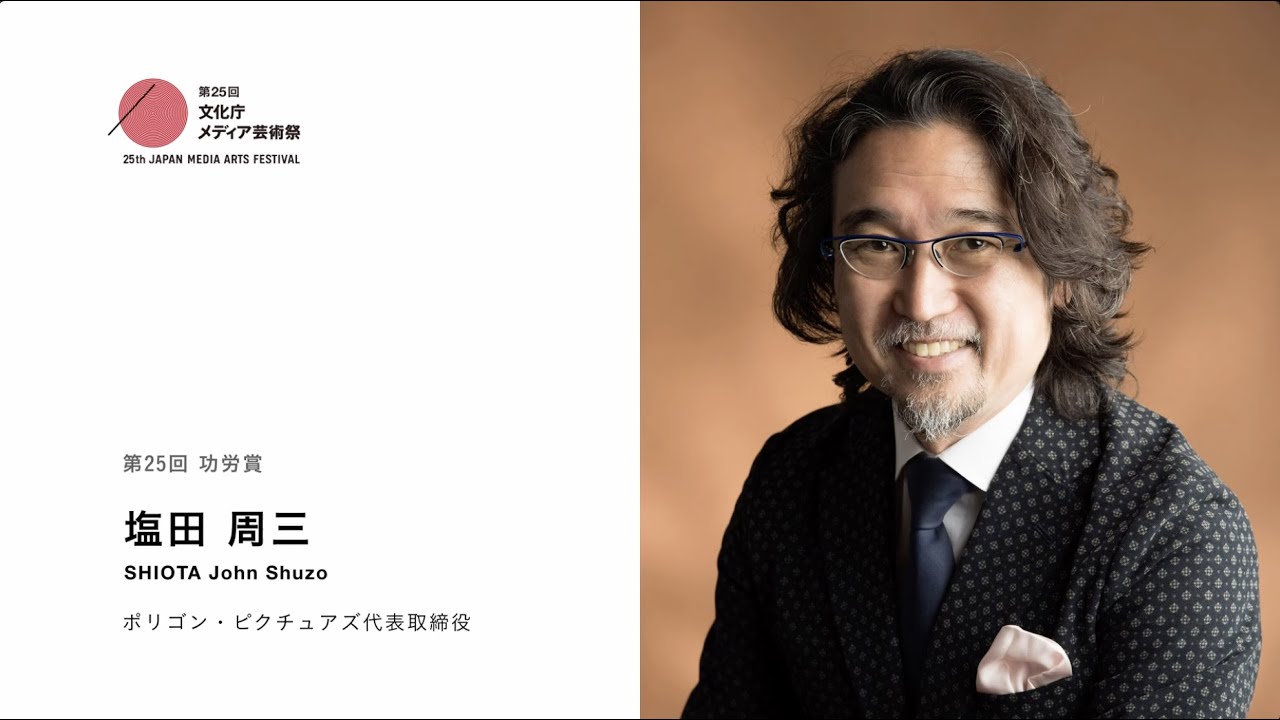 Profile
Born in Hyogo Prefecture, 1967. SHIOTA is a graduate of the Sophia University Faculty of Law, Department of International Legal Studies. After joining the Nippon Steel Corporation in 1991, SHIOTA went on to participate in the launch of Dream Pictures Studio in 1997. He moved to Polygon two years later and in 2003 assumed the position of President and CEO. As studio head SHIOTA has spearheaded efforts to cultivate Polygon’s overseas presence, helping the studio to become a leading developer of TV series and content targeted at the foreign market. SHIOTA has also served as a juror at major Japanese and international film festivals including Prix Ars Electronica (Austria), SIGGRAPH (United States) and the Annecy International Animation Film Festival (France). In 2008, he was selected as one of the “25 Toon Titans of Asia” by popular industry publication Animation Magazine. He also presided as Conference Chair for SIGGRAPH Asia in December 2021.