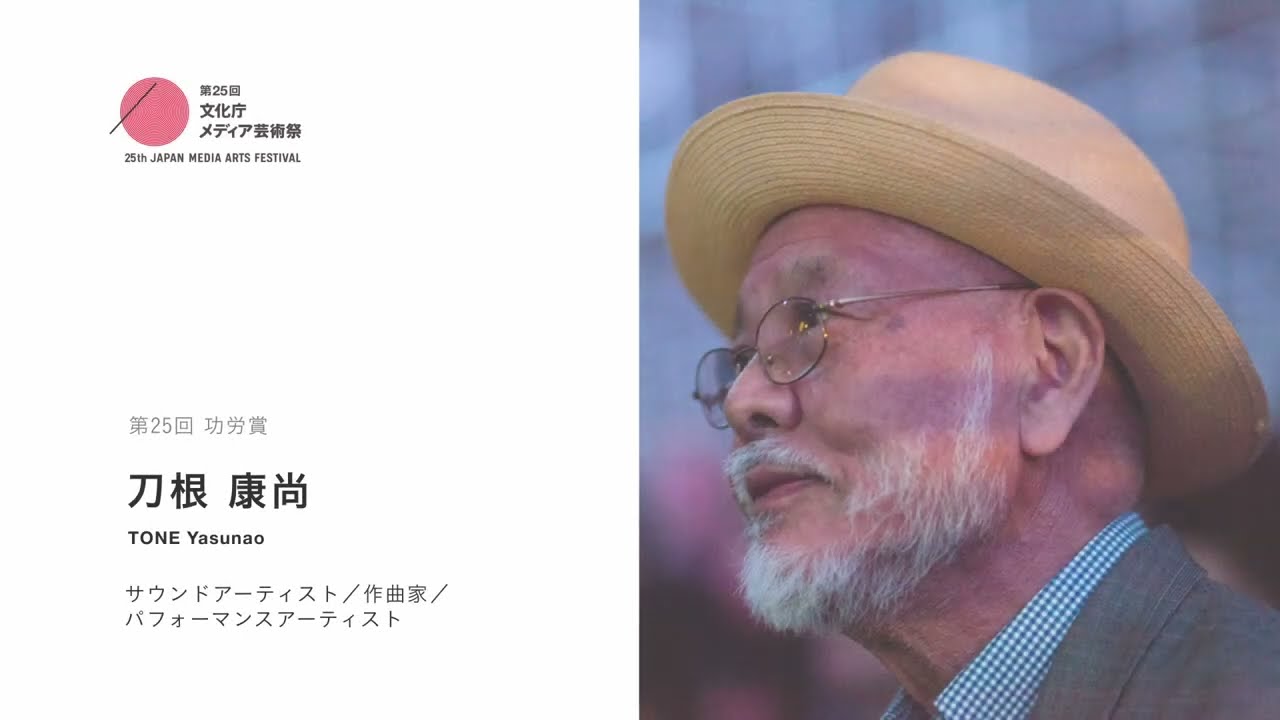 Profile
Born in Tokyo, 1935. TONE graduated from Chiba University. In 1958, he took an interest in musical improvisation and formed Japan’s first improvisational music group, Group Ongaku, with KOSUGI Takehisa, SHIOMI Mieko and MIZUNO Shuko. In 1962, he joined Fluxus at the invitation of its member, George MACIUNAS whom he had met through ICHIYANAGI Toshi. He was involved in the Avant-Garde movement through other artist groups such as Hi-Red Center and Team Random. He is also known as a contemporary art critic. After moving to the United States in 1972, TONE befriended John CAGE and other artists, and participated in numerous events. He is particularly known for his musical work, which often involves noise resulting from errors intentionally caused on a CD player using disks covered with Scotch tape. He also incorporates AI in his work to compose musical pieces that consist of him interfering with the virtual performance of his own. He has been invited to countless international experimental music festivals. In 2002, TONE won the Golden Nica Prize for the Digital Musics Category at the Prix Ars Electronica.