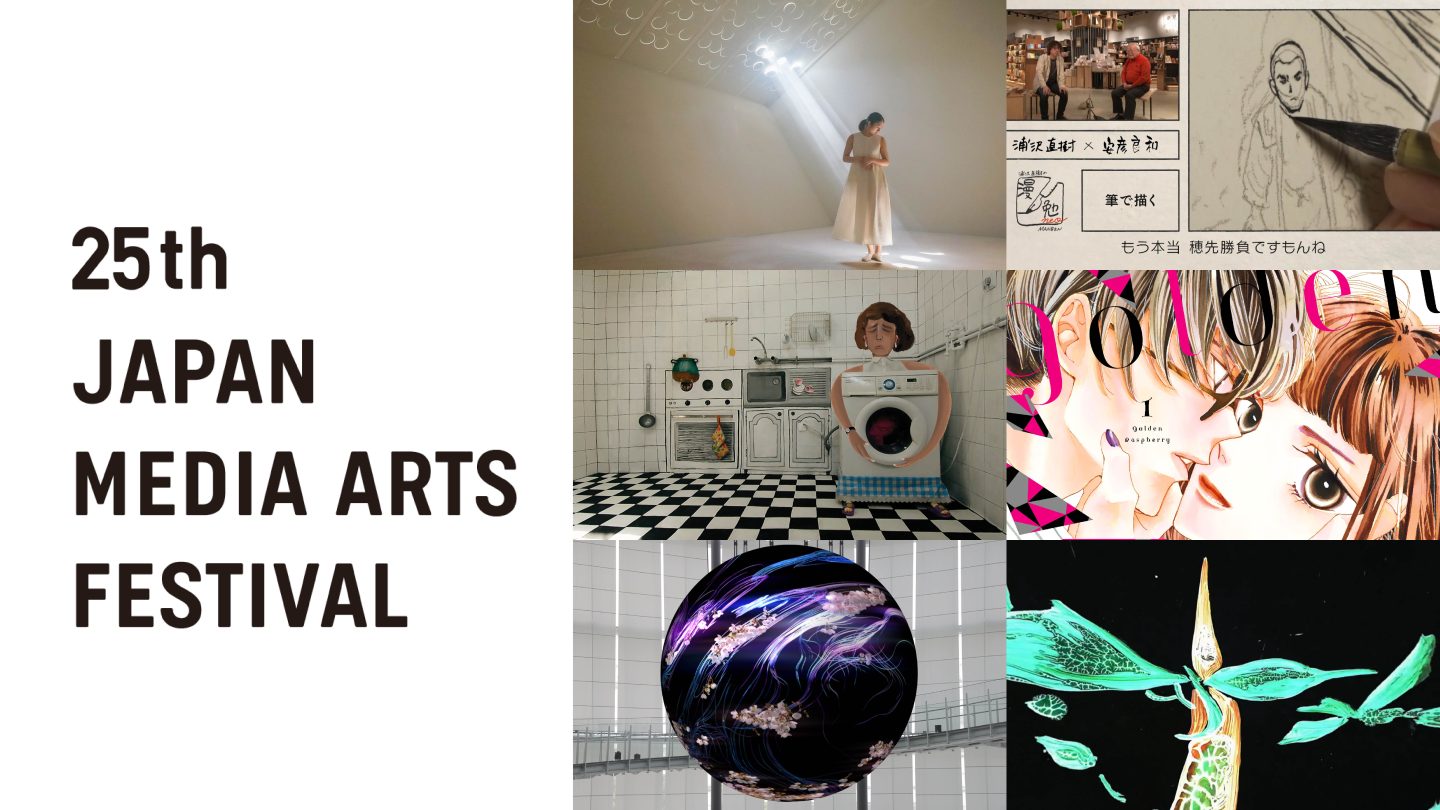 25th Japan Media Arts Festival’s Award-winning Works and Special Achievement Awards have been chosen.
The Japan Media Arts Festival is a comprehensive festival of the “Media Arts” (Media Geijutsu in Japanese) that recognizes outstanding works in four divisions—Art, Entertainment, Animation, and Manga—and also offers opportunities to appreciate the award-winning works. After a rigid screening process, works in each division were selected for Grand Prizes, Excellence Awards, Social Impact Awards, New Face Awards, and U-18 Awards from among 3,537 entries from 95 countries and regions around the world. Works were chosen for Festival Platform Awards from among 125 submissions from 40 countries and regions. In addition, artists who made significant contributions to the field of Media Arts were recognized with Special Achievement Awards.