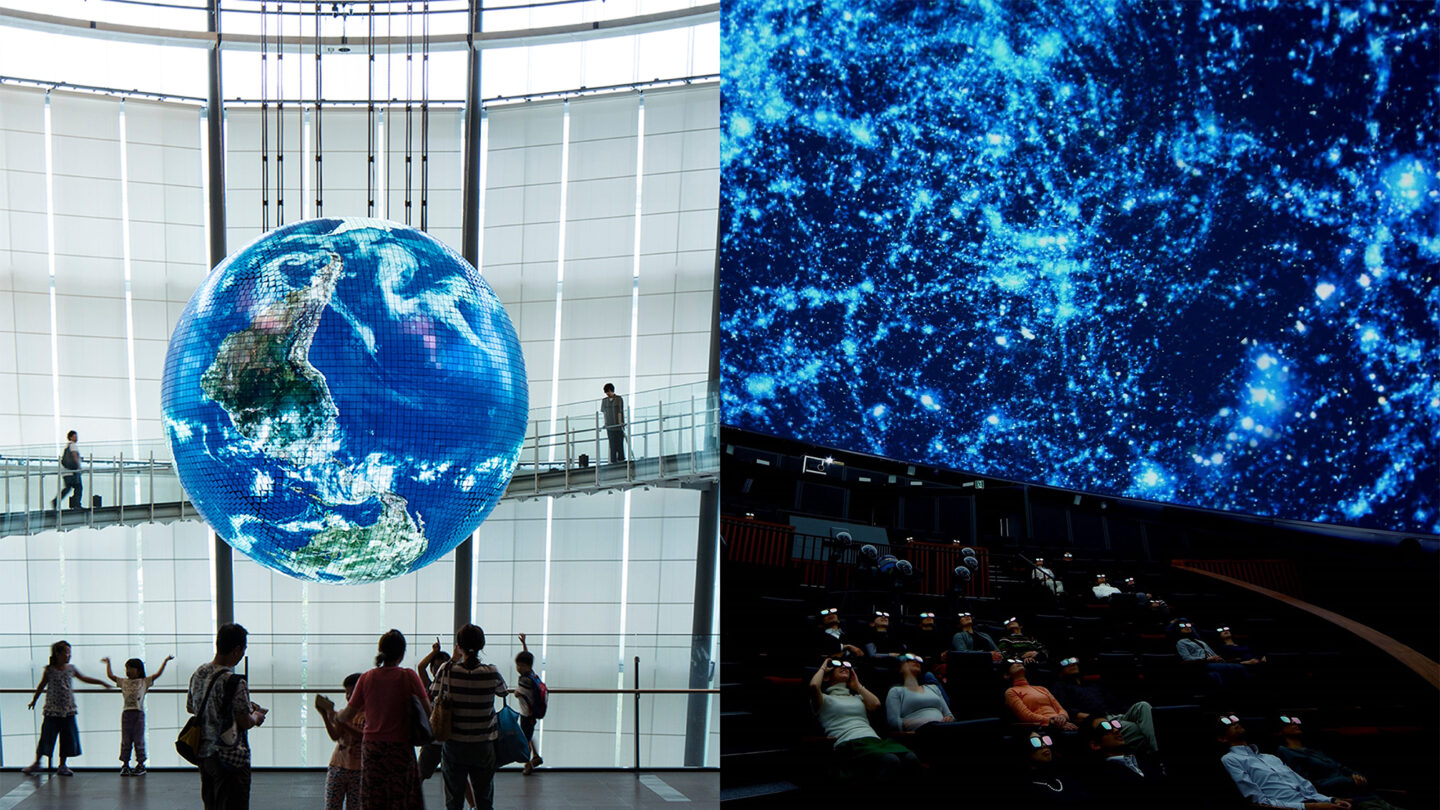 Organizations in liaison with the festival call for new exhibition plans that utilize the characteristics of its facilities and award brilliant works. The awarded works will be shown during the term of Exhibition of Award-winning Works.

Call for Entries in 23rd Festival

In 23rd festival, there will be an open call for a work to be shown on the Globe-like display at Miraikan – The National Museum of Emerging Science and Innovation.
Miraikan has two spherical video systems. The first is Geo-Cosmos, a spherical display and the museum’s signature exhibition. The second is Dome Theater GAIA, equipped with a full-dome 3D video system.
Each has a completely different format, and the content for each is created and experienced in different ways. However, the systems are identical in that they are both designed for spherical video images. The only difference between the two is that one is designed to be viewed from the outside of the sphere, and the other is designed to be viewed from the inside.
The globe-like display enables viewers to change positions to see the contest, which affects the way they interpret and experience the content. With Geo-Cosmos, viewers are free to choose a viewpoint, and to move around as they experience the video images. Inside Dome Theater GAIA, viewers sit in a fixed position to experience a sense of immersion surrounded by video and sound.
Looking forward to seeing expressions taking advantage of those differences, the festival calls for a work in the two categories, “Geo-Cosmos Category” and “Dome Theater Category.”